Guardians of the Natural Order

God created the Earth in a perfection and beauty that demonstrates an unequivocal balance and harmony. Tawheed, the fundamental statement of oneness of the Creator, from which everything else follows, is the primordial testimony to the unity of all creation and to the interlocking grid of the natural order. Islam teaches us to understand the naturalorder anddefines our responsibility towards it.

The whole of creation works within one stable highly complex pattern. Since we may never fully understand the way the complex systems of nature interact, it becomes essential to accept the premise that creation was designed to function as a whole, each of its complimentary parts, including humankind, playing its own self-preserving role, and in so doing supporting the rest. We must be aware that if we disturb the balance of any individual part this will impact the whole, somewhere, sometime.

God singled out mankind, taught him reason and the capacity to understand that all creation has an order and a purpose. With this ability comes a responsibility to actively protect the order that is around us, for ourselves, as much as for the rest of creation. The role of khalifa, stewardship, is the sacred duty God has ascribed to mankind.

Humanity, having an intuitive disposition to live within the Fitra, or primordial nature, is inescapably subject to God’s immutable laws, as is the rest of creation. Therefore, creation should not be changed. This is best achieved by the conscious recognition of the existence of a superior force, the Divine.

Up until the 16th century this consciousness of the Divine was an existential reality, neither idyllic nor utopian, where both rebels and conformists, the ignorant and the enlightened, whether in small self-governing communities or vast empires, barbarian tribes or points of high civilization – functioned unconsciously within natural, unwritten boundaries. Excess in the natural order was contained because it was biodegradable. When old civilizations, however opulent, wasteful, greedy, or brutal died, the forest just grew over them- they left no pollutants, damaging poisons or nuclear waste.

We are clearly no longer functioning within these limits. From the 16th Century, starting in Europe and spreading through an increasingly globalised world, societies embraced the Cartesian world view which propounded a dualism that gradually separated man from his Creator, skepticism brushed aside the accumulated wisdom of the ages and sowed the seeds of doubt and man considered himself the lord and master of creation.

Materialism and individualism have became signs of the times, supported by the mechanistic development of science and a banking system that is characterized by an explosion of artificial wealth providing the illusion of economic dynamism. Not only do we use the earth for our own selfish desires by consuming its finite resources, felling the earth’s lungs- the ancient forests, causing mass extinction, reducing biodiversity, but we are creating a global consumer culture of human misery; humanity plagued by greed, impatience, inequity and selfishness. The price being collectively paid is the dissolving of a source of spiritual nourishment, a distancing from God and a spiritual need that becomes harder and harder to satisfy.

Islam emphasises the spiritual dimension associated with the natural world, which when realised leads to a particular attitude and reverence towards it, which would consequently also influence ones behaviour towards nature whilst simultaneously providing an antidote to the effects of living in a culture fixated on production, profit and the growth of the economy, themes that fuel climate change and human degradation.

Global warming can be seen, in this light, as the Earth’s endeavour to maintain a balance in the face of the human assault against it, the current economic crisis can be seen as the failing of an economic system built on the principles of oligarchy not democracy and meanwhile humanity lives in a state of extreme inequity.

Sustainability is often expressed as meeting present ecological, societal, and economical needs without compromising these factors for future generations. However it becomes evident when we look deeper at our attitudes towards ecology, society and economy that a great change in our stewardship of the earth is required because we see that our present needs are in themselves unsustainable. In other words a significant change in the way we live is imperative.

Sustainable living can perhaps be described as living within the innate carrying capacity of the Earth (if we were all to adopt a western lifestyle we would need 4 earths to sustain us!), recognising and learning from the wisdom of nature by mimicking the relationships found in natural systems and most importantly identifying the need for inner change in order to do so.

The call for inner change is ultimately a call to remember Gods quality of encompassing all things, (Al Muhit); it is to maintain awareness of the sacredness of nature into which Gods presence is said to permeate.

The holy month of Ramadan is an opportunity to reflect on the possibility of a more spiritually refined way of living, manifesting in outward displays of self-restraint, patience, kindness and generosity towards other people and our world- a sort of good behaviour oradab. The observance of this adab allows us to forge deeper links with our inner opportunities to embody a remembrance of God whilst becoming clear that nurturing this remembrance of God is a key to an increasingly consistent adab towards life and our world.

The Prophet Mohamed (s.a.w.s.) said, “Fast so that perchance your hearts may seek God in this world.” Perhaps the essence of fasting is to move towards the illumination of the heart and purification of the soul, a way of leading the spirit closer to the presence of God. Perhaps this cultivating of spiritual nature would ultimately lead us to devote ourselves entirely to God and to recognise that this may actually mean a sort of ‘tuning in’ to our innermost sacredness and to the sanctity of all of Creation.

By slowly being drawn towards this tuning one could begin to behave more responsibly and with increasing care for others and for this Earth. Becoming more conscious of the bigger picture, the cause and effects of our thoughts, words and actions would take on new light. There seems to be no limit to how finely we chose to tune ourselves. Fasting seems to nurture the will to do so, as this non-action and detachment from the worldly realm and subsequent deepening into the sacred, bestows us with the inner gifts of peace, stillness and reflection, which in turn can transform us towards deeper levels of personal freedom, awareness and interconnectedness.
Nevine Nasser 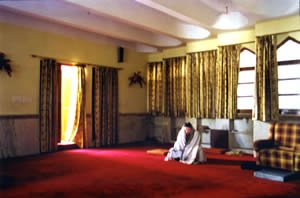 The school of sufi teaching holds a number of retreats internationally on an ongoing basis. These are hosted by the different local groups of our order in several countries from Scotland and Poland to Australia and Malaysia and more. Information… 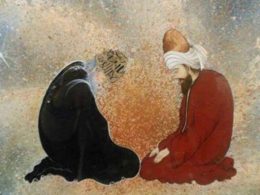 May God grant you the grace of good company! A very important need of the disciple is to associate with these people. Such association makes a deep impression. It is a total attack on a person’s temperament and habits, to… 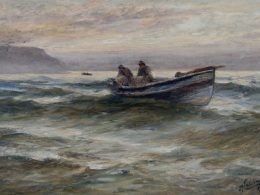 Dhikrullah (remembrance of Allah) is of many types and forms including Qur’anic recitation, prayer (salat), supplication (dua), studying Islamic knowledge, meditation (muraqaba), sending salutations (durud sharif) on the Prophet (s.a.w.s.). The importance, loftiness and benefits of dhikr are stressed repeatedly in both the…