Hazrat Rasool was drawn towards spiritual pursuits form an early age. He spent thirty years with his Shaykh Hazrat Maulana Muhammad Saeed Khan (r.a.), from whom he received permission to instruct true seekers of truth in the practice of the five major Sufi Orders: the Mujaddidiyya, Naqshbandiyya, Chishtiyya, Qadiriyya and Shadhiliyya. With consent from his Shaykh, he established the Institute of Search for Truth, designed especially to serve the needs of Westerners who wish to pursue the Sufi Path.

He traveled extensively both within and outside of India to provide direct guidance to seekers. He established branches of the Institute (under the name of “School of Sufi Teaching”) in the United Kingdom, the United States, Australia, Poland, Turkey, France, Brazil, and other countries. Through writing and by example, Hazrat reveals the efficacy of Sufi methods and guides those who seek spiritual development while maintaining worldly responsibilities

Hazrat Azad Rasool, esteemed and beloved Shaykh of the Naqshbandi-Mujaddedi tariqa of India, passed from this world on the 7th of November 2006.

He has been succeeded by Hazrat Shaykh Hamid Hasan. 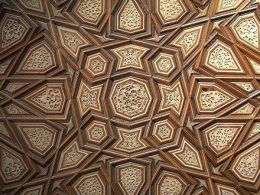 In January 2001, the Shaykh of the order, Hazrat Azad Rasool opened a new Khaneqah in New Delhi, India Traditionally, the Khaneqah is a gathering place and living quarters for travelers on the Sufi path. It is a place where… 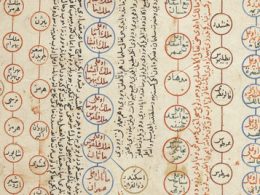 What makes the Naqshbandi-Mujaddedi order different from most other spiritual paths? Most spiritual paths require that their adherents first purify their ego (nafs) before they can begin the purification of the heart or the enlightenment of the spiritual faculties which…

A Biography of Hazrat Abdul Barhah  (1859 – 1900 A.D.) Hazrat Abdul Bari Shah (r.a.) was a great saint and a truly universal being (insan-i-kamil). Over time, his importance and his contribution to Sufic thought and action is being more and…