After the departure of the Prophet Muhammad (peace be upon him) from this world in 632 A.D., those who were closest to him passed on his teachings to the sincere seekers of the next generation, who in turn became the perfected guides, or Shaykhs, for the generation after them. This process has continued down to our present time by the Mercy of Allah. In this way, every authentic Sufi guide has a chain of teachers which leads directly back to the Prophet Muhammad (peace be upon him). Such a chain of teachers is known in Sufism as a “Silsilah” or a “Shajarah”.

Often, one of the Shaykhs may be so prominent, or become so well-known, that his students will identify themselves by saying they follow the way of such-and-such a Shaykh. The Arabic word for way is ‘tariqah’. (plural:‘turuq‘).

So for example, students of the great Shaykh, Bahauddin Naqshband, and his successors down to the present day are said to follow the Naqshbandi tariqah. Similarly, Abdul Qadir Jilani gave his name to the Qadiri tariqah, Moinuddin Chishti to the Chishti tariqah, Abul Hasan Shadhili to the Shadhili tariqah, and Ahmed Faruqi Sirhindi Mujadded to the Mujaddedi tariqah.

In the English language, each of these “tariqahs” is known as a ‘Sufi Order’.

Ultimately, all of these orders lead directly back to the Prophet Muhammad (peace be upon him), and their differences are mostly geographical and superficial.

Origins of the word 'Sufism' 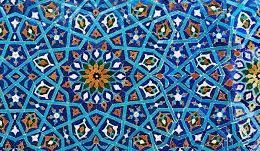 This section will attempt provide a very brief introduction to Sufism (Tasawwuf). For more detailed information on this subject, please consult our list of recommended books. If you are already familiar with the theoretical principles of Sufism, and would like to… 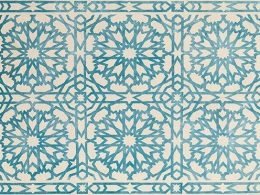 Origins of the word ‘Sufism’

The most widely accepted origin of the word ‘Sufi’ is from the Arabic word ‘suf‘ which means ‘wool’, referring to a group of sincere worshippers who lived during, and shortly after, the time of the Prophet Muhammad (peace be upon…
We use cookies on our website to give you the most relevant experience by remembering your preferences and repeat visits. By clicking “Accept”, you consent to the use of ALL the cookies.
Cookie settingsACCEPT
Manage consent